The kids love nothing better than scoring on the coaches!

Every year, as part of the Timbers Stand Together Week, the players show up at a few of our summer soccer sessions, making these nights extra special for the kids. That includes the Portland Thorns, one of the top teams in the National Women’s Soccer League. The kids love meeting the pros, many of which come from the same places in the world that they do.

This year the players came to Powell Park on June 7 and McCoy park on June 8, and stepped right into the games. On Tuesday at Powell, Portland’s own Kendall Johnson was there, with a big smile on her face, some pointers for the kids, and a lot of high-fives too. Timber Joey, the hardest working and most unique mascot in pro sports, was there also, like he is at almost every Stand-Together event. At McCoy it was Thorn all-star Allie Long and head coach Mark Parsons, plus T2’s Kharlton Belmar, bringing the love to North Portland’s inner-city soccer kids.

Portland is a special place, with two extraordinary soccer franchises, who know how to give back to the community that gives them so much.

Portland’s own Kendall Johnson joined the Thorns in 2015. 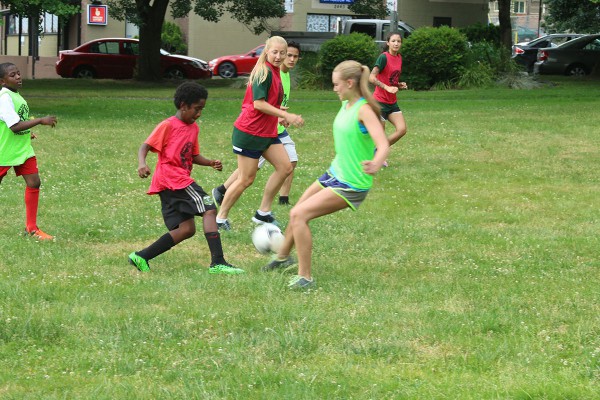 Johnson joined right in with the 4WU kids. 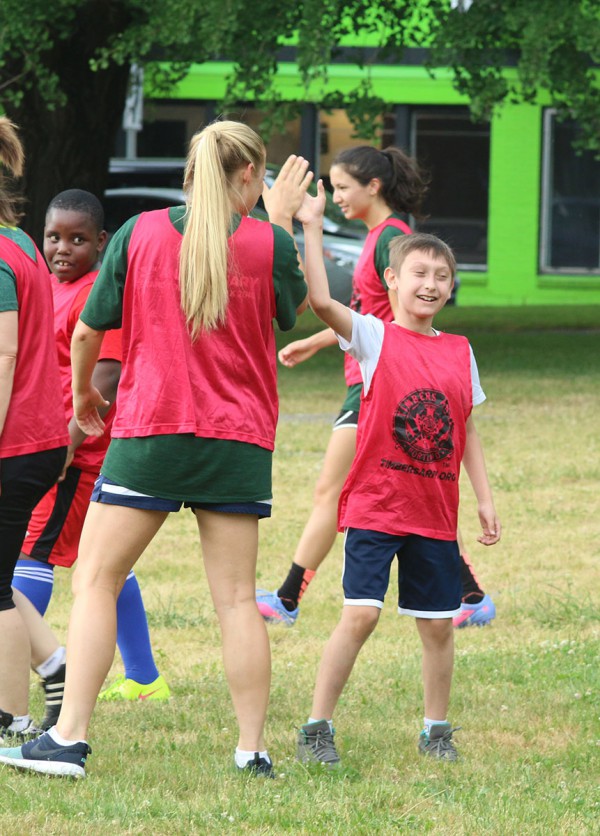 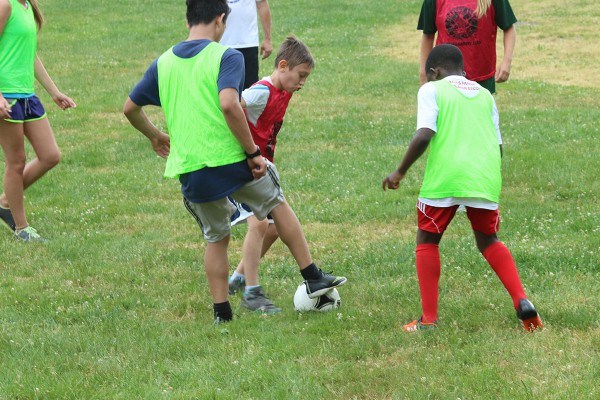 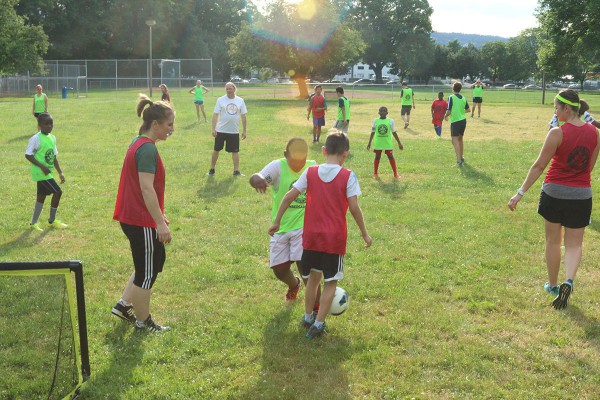 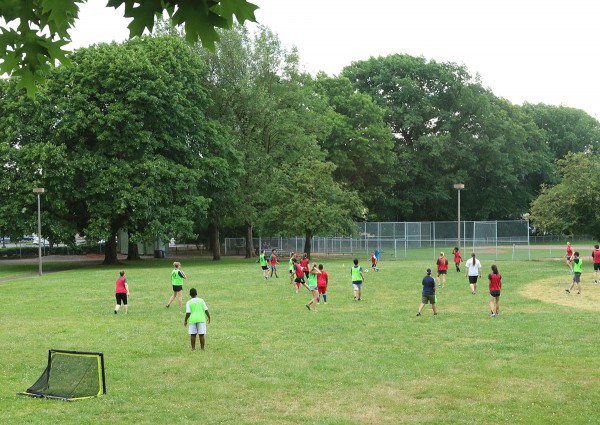 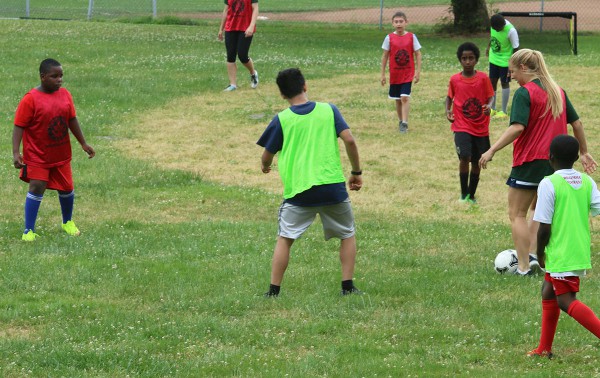 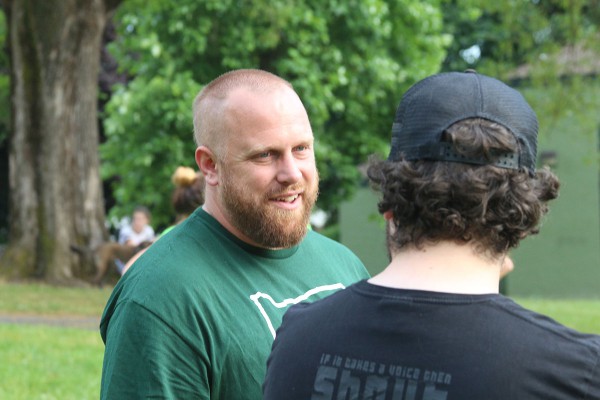 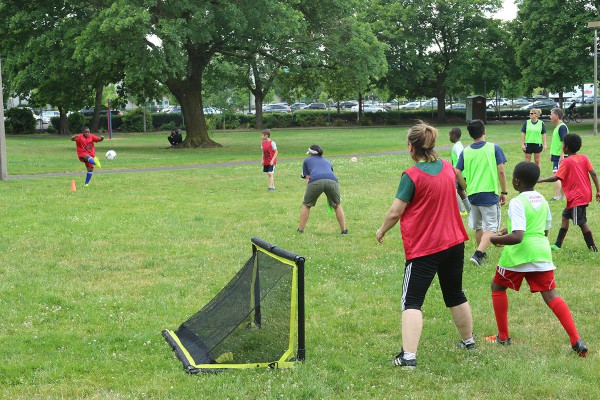 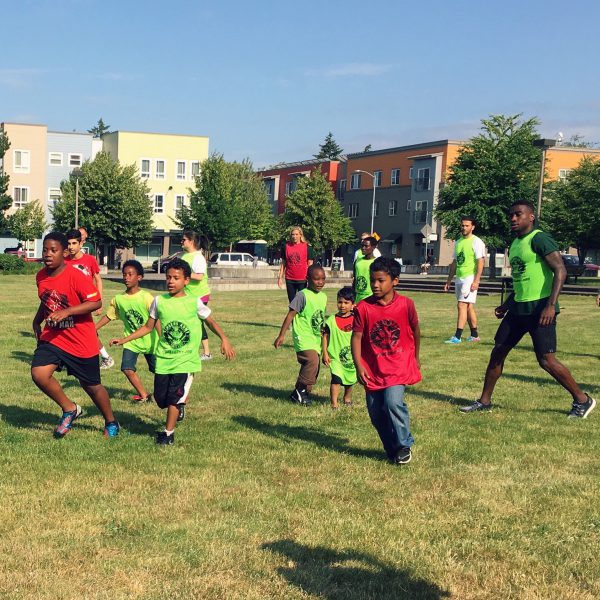 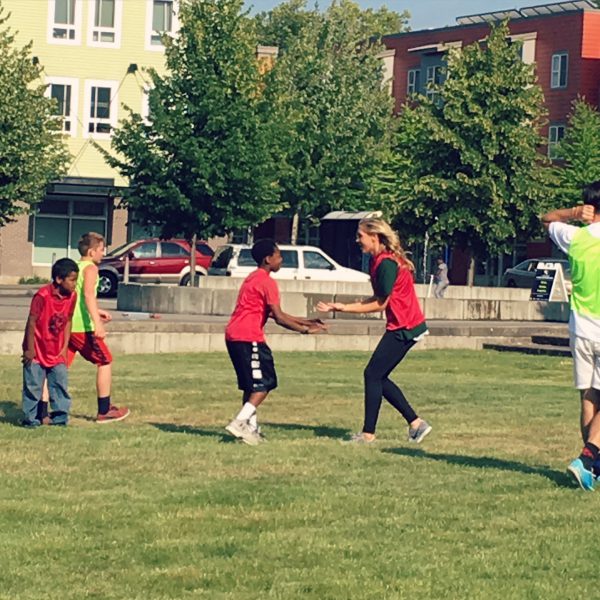 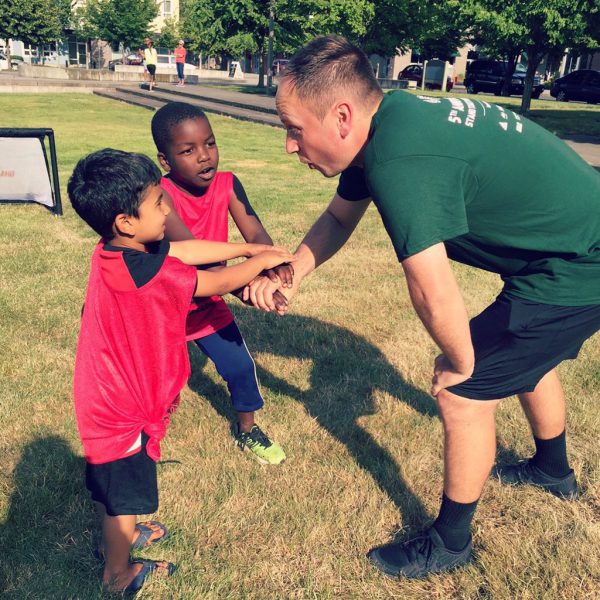